2015 Was the Worst and Best Year for Kids. Here Are the Reasons Why | UNICEF USA

2015 Was the Worst and Best Year for Kids. Here Are the Reasons Why

For children, 2015 was the worst of times and the best of times—to paraphrase Charles Dickens. This holiday season, we invite you to join the U.S. Fund for UNICEF as we reflect on how the world’s children have fared this year.

2015 was one of the most challenging years for children in a long time. Here are three reasons why. 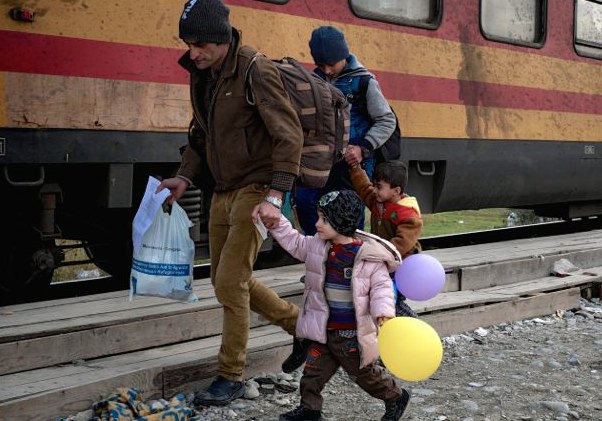 They had to leave most everything behind but for a time, balloons will brighten these refugee children's trip north from Greece through the FYR Macedonia. © UNICEF/UN03122/Gilbertson VII Photo

There are more child refugees around the world right now than at any other period since World War II. In fact, UNICEF estimates there are currently 30 million children on the run: refugees, migrants, displaced.

In northern Nigeria, for example, the Boko Haram insurgency has forced nearly 1.2 million children from their homes—more than half under five years old. In South Sudan civil conflict has internally displaced almost 750,000 children, and more than 320,000 are living as refugees.

And the Syrian refugee crisis has exploded.  Nearly 4.4 million refugees (half of them children) have fled to Egypt, Iraq, Jordan, Lebanon and Turkey. Nearly a million people, including 300,000 children (thousands of them traveling unaccompanied by parents), have made the treacherous journey to Europe. Some 500 children have lost their lives at sea. 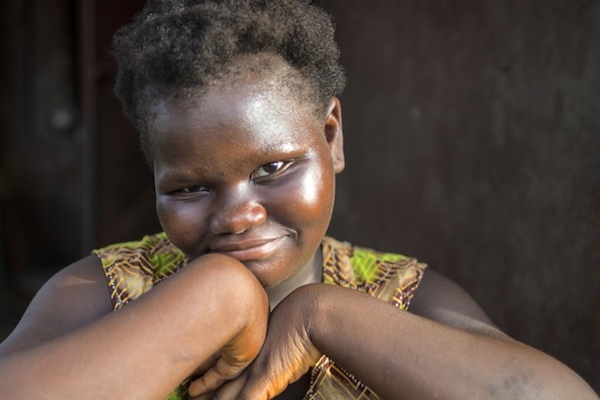 Ebola survivor and orphan Isata M., aged 10, in Freetown, Sierra Leone says: “A social worker comes and plays with me and asks how I’m doing. I want to be a bank manager so I can take care of my family, especially my grandma.” © UNICEF/UNI200684/Grile

While the West African Ebola epidemic may have finally subsided, the disease has taken a grim toll in Guinea, Liberia and Sierra Leone. The virus infected more than 6,000 children and killed one or both parents (or primary caregivers) of more than 18,000 others. The epidemic affected livelihoods, disrupted public services and put the education of 5 million on hold, threatening the development progress of recent years.

3. Devastating Conflict in Yemen, and So Many Other Countries 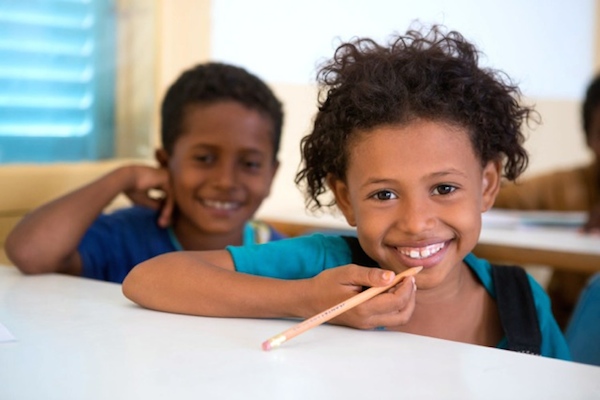 Yemen is just one nation where conflict has stolen a generation's childhood. More than 16 million babies were born in conflict zones in 2015; that's 1 in 8 of all births worldwide. Violence in Afghanistan, the Central African Republic, Iraq, South Sudan and Syria poses enormous health and safety risks to children, with education falling completely by the wayside. Armed conflict in those places and others is the reason some 13 million more children are not attending school.

The picture is bleak. Yet 2015 was also one of the best years for children worldwide.

Despite regional conflict and war (the primary reasons that children become refugees), UNICEF and its partners have still achieved historic global milestones in child survival and health this year. So, we’re glad to say, there is hope.

Bertha is from Tanzania and living with HIV, but with proper health care she was able to prevent transmission of HIV to her six-month-old baby, Tecla. © UNICEF/UNI197921/Schermbrucker

In 2015, UNICEF and its partners saw multiyear initiatives to combat malaria, measles, malnutrition and pneumonia—and other leading preventable causes of death among young children—continue to bear fruit. UNICEF announced that child mortality rates are declining faster than ever, with nearly 50 million children’s lives saved since 2000 alone.

This year, Africa celebrated 12 months with no new cases of wild polio, thanks to immunization efforts in hard-to-reach areas like Kano State, where these children live. © UNICEF/UNI182036/Rich

As part of the Global Polio Eradication Initiative, UNICEF and its partners joined in celebration on July 24, 2015.  That's when Nigeria, Africa's last remaining polio-endemic country, recorded the first year in history without a single case of this highly infectious crippling disease. On September 25, 2015, WHO announced that Nigeria has been officially removed from the list of polio endemic countries. Polio is now extinct in most of the world, thanks to this historic global eradication initiative. Cases are down by 99.9 percent worldwide.  Just two countries, Afghanistan and Pakistan, have reported cases of wild polio during 2015.

3. India and Cambodia: Freed from Maternal and Neonatal Tetanus 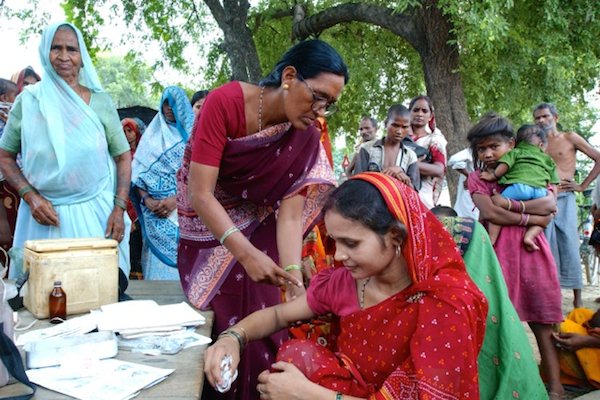 This past summer, UNICEF announced the elimination of maternal and neonatal tetanus—a major cause of infant mortality—in both India and Cambodia. Systematic vaccination, midwife training and enhanced rural health care were critical to reaching these two landmarks in child survival.

Help make 2016 a better year for children around the world

We need your support to ensure that UNICEF has the resources to sustain historic progress in child survival while meeting the urgent needs of children caught in the global refugee crisis.