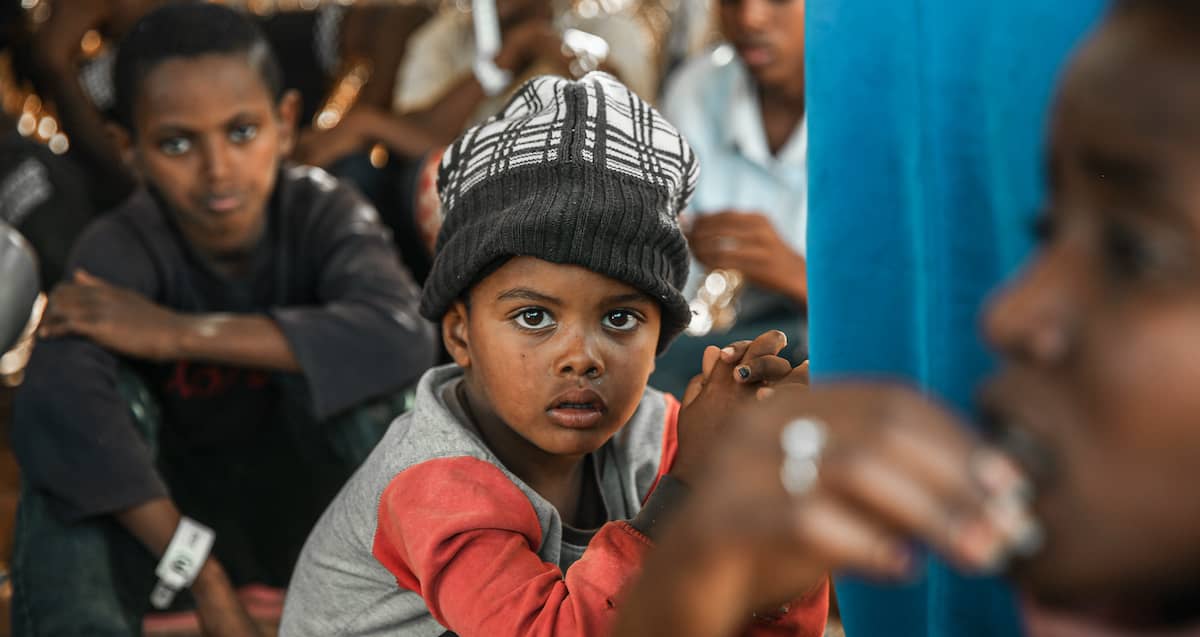 Tens of millions of children across the globe, have been uprooted by conflict or crisis, forced to flee violence or extreme poverty or both. Some children have known nothing but war. Some are forced to make difficult and dangerous journeys abroad. Some have been out of school for years and don’t know when they might return.

The modern child refugee crisis is the worst since World War II — a humanitarian emergency that demands immediate action. Whether these children are migrants, refugees, or internally displaced, they are all children first. They don't choose where they are born. They urgently need — and deserve — our help now.

UNICEF's ongoing response to the global child refugee crisis spans four continents. From the Middle East to Southeast Asia to Northern Africa, UNICEF delivers lifesaving supplies to help children and families who are on the move stay safe and healthy. UNICEF provides safe water, medicine and nutrition. UNICEF also creates safe spaces for children to learn and play and to receive psychosocial support and other services while staying in tented camps and settlements. In Central America, children fleeing violence and abuse have UNICEF on their side, working to improve their lives.

UNICEF is also leveraging decades of humanitarian expertise to help vulnerable immigrant children in the U.S. UNICEF USA and partners work to support and expand existing protection measures, which include alternatives to detention, advocacy and the strengthening of the sponsor system.

Supporting Refugee Students’ Education During COVID-19
Refugee students have stepped up to the challenges of the pandemic, showing remarkable resilience. Here's how UNICEF has helped.

UNICEF USA Partners with Hispanic Federation to Help Asylum Seekers
A new Migrant Services Partnership seeks to expand legal, mental health and other services on both sides of the U.S.-Mexico border.

Amid Migration Surge, UNICEF Acts to Protect Kids at Every Step
The number of children passing through the Darien Gap, the most dangerous migration route in the world, has increased 15-fold since 2017.

This Ramadan, a Generation of Syrian Children Need Our Support
Children born during Syria's decade-long civil war have no memory of peace. UNICEF is working to ensure they grow up healthy, and with hope.

After a Deadly Fire, a Somber Ramadan for Rohingya Children
UNICEF is on the ground assisting Rohingya families devastated by a blaze that swept through four refugee camps in Cox's Bazar, Bangladesh.
END_OF_DOCUMENT_TOKEN_TO_BE_REPLACED